A grand piano performed with dulcimer hammers – sampled in incredible detail, in a modern concert hall setting. Runs in the full version of Kontakt 5.

As with all our libraries, the goal of this instrument was to make it as easy to play as possible. We captured multiple dynamics, controlled by velocity. The highest velocities trigger short one-shot rolls – an articulation commonly used in dulcimer music. Continuous, sustained rolls are triggered by bringing up the mod wheel, or by using your keyboard’s aftertouch (channel pressure).

The Dulciano was recorded in a modern concert hall environment (the same hall as many of our other libraries), and includes three configurable microphone positions, providing a great level of flexibility for placing the instrument in your mix. The close mics are almost fully dry, offering an intimate ‘studio’ sound when soloed. The far mics have just the right amount of ambience for a distant, spacious sound, without being drenched in reverb. The ‘perspective’ slider below the mixer allows you to easily move between a close and distant mix. We have also included a built-in convolution reverb, offering even more control over the amount of space in the mix.

Watch the walkthrough video below for a thorough demonstration of these features and more. 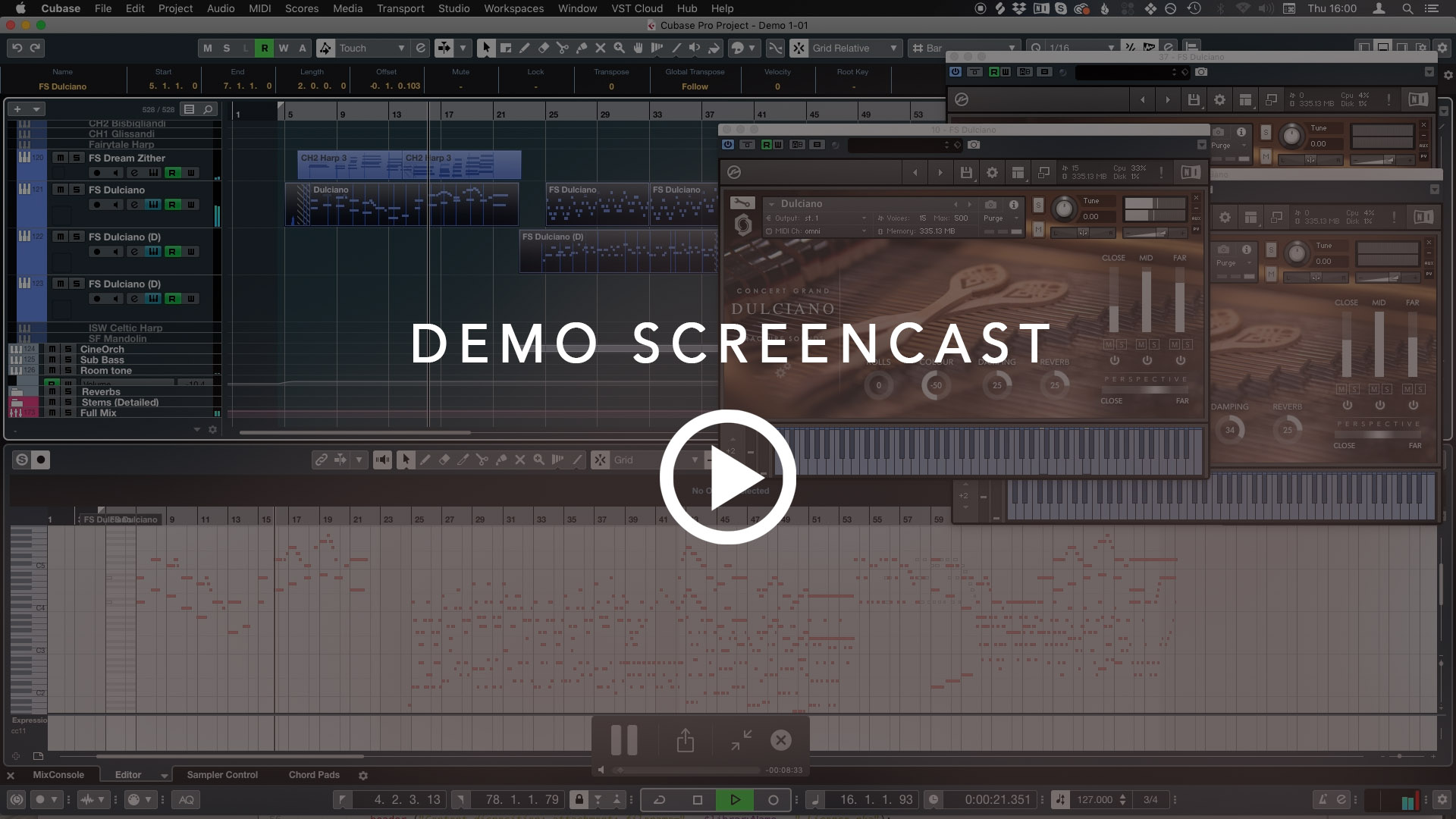